Every week between OTN, stackoverflow, and direct questions sent to my email accounts there are 2-4 occurrences of “How do I install OBI on Windows 7/8/10” or “I am having issues with installing OBI on Windows”.

In order to clear up this topic once and for all – here is the ultimate guide to running Oracle BI on your Windows desktop OS:

Now it you haven’t stopped reading yet because you thought “Hey wait this isn’t a Windows installation” let me explain a couple of things:

Point #1: Oracle BI is a server tool. It isn’t your WhatsApp desktop, it isn’t your Chrome/Firefox/Safari. It’s actually a whole range of servers and as such not something you run on a desktop operating system. And because of that:

Point #2: It is NOT supported on Windows desktop operating systems!
If you go to the Fusion Middleware Supported System Configurations page and open the certification matrix for the current 12.2.1.2.0 version you will find that the only mention of anything “Windows” are 2012 and 2012R2:

Point #3: That means that Oracle will never bother to test things fully or help you out if you mess up things or can’t get something to run because you installed on a Windows desktop OS. You’re on your own.

Point #4: Even if you make it run or clamour “But I’ve seen tons of videos where” it works like someone recently did – I don’t care and neither will Oracle in terms of their product development or support. Sooner or later you will run into follow-up issues and scratch you head and go mad because things just don’t work or not as expected / in a weird fashion.

People this is how technology works. An Android app is an Android app and not usable on iPhone unless the company making it actually releases an iPhone app. Ask any iPhone user and gamer how they felt between the Android release of Pokemon GO and the iPhone release last year.

To use another example: You shouldn’t fill up a diesel-engined car with petrol just because you always took petrol from the pump or whatever unvalid reason you can conjure up. Well you can but don’t complain afterwards that your engine is busted

Got it now? Thanks!

Updated and uploaded the presentation decks for my recent UKOUG sessions for anyone who missed them at the event and doesn’t have access to them over their website:

If you’re following me on twitter you’ll know that I’ve been travelling and conferencing quite a bit this year. Someone I kept running into was Ms @oracleace herself: Jennifer Nicholson. For those of you who don’t know her – she’s our ACE mom 🙂 Translation: she runs the ACE program. She organizes the ACED travels. She actually reads all our endless reply-all email chains to the different ACE lists (seriously guys – STOP IT!) and replies in no time flat. She handles nominations/applications. As I said – she’s our mom.

To give you an idea of how much she supports us all around the globe and not just administratively: while I rocked up at DOAG in November after a central european trip through 4 countries she came there after a multi-week continent-hopping convering China and India amongst other places. Still she did the DOAG and after just two weeks back in the US flew over to Europe again for UKOUG. Respect.
Having her on site is always a rallying point for the ACEs participating in these events as well as a point of contact for other people interested in it. 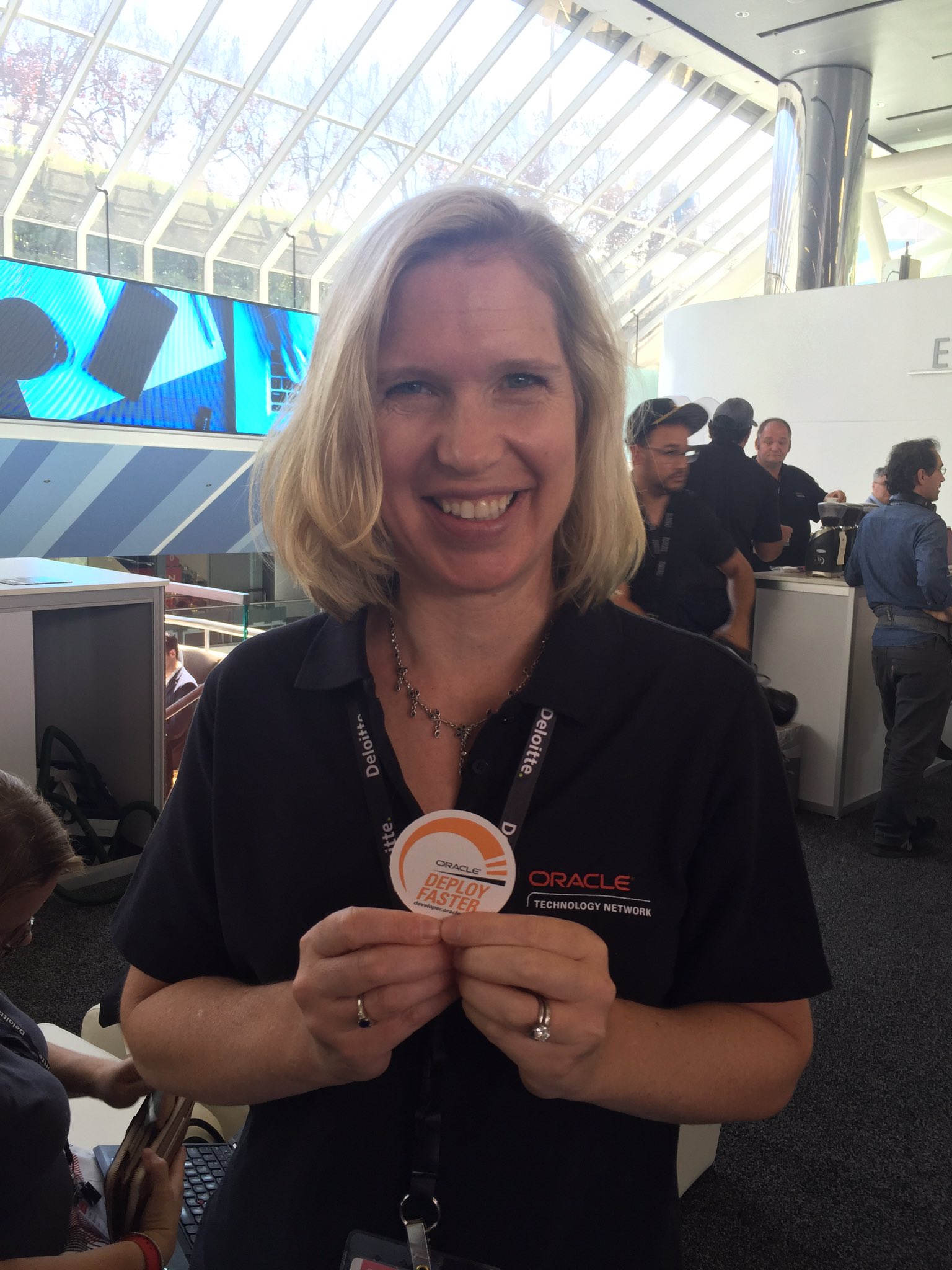 Another thing I’d like to say out loud on here for once – and only once I will not get into this discussion again – is that I want to congratulate her on and thank her for the calm and professional way she has managed the recent restructuring of the ACE program and the ensuing nigh-revolt thunderstorm!

To all other ACEs out there: Please don’t be whining divas bordering or obnoxious bitchiness!

Had  a great time again this year both in terms of content and social interaction. Session highlights – in no specific order I’m not ranking here:

Phew that’s all. It was refreshing to see that we finally reached the post-hype – and hence post-marketing-sales-BS stage – for Big Data and generally the next evolution of Analytics with many very pertinent real-life talks. Room assignment to Business Analytics talks could have been a bit better though as several of us including myself for one talk were in rooms with 11 person capacity and people standing squeezed up against the wall, in the door or even outside in the hallway.

Personally I did two talks about BI Server Query Execution and OBI Security respectively. For the latter I was joined by Gianni Ceresa for the coveted slot of 08:50 on Monday morning. Very good audience presence for both talks and some good questions which shows that foundation / core topics are still very much in demand rather than being skipped.

Content aside it was an excellent chance to meet up with several people again whom I hadn’t seen in a while and to do some more things for the OTN and ACE networks – more on that in a separate post to come. Tuesday night I hosted a meetup for Analytics geeks which drew a nice crowd in spite of numerous conflicting parties. Probably since we didn’t just “beer & business” around as usual but – being geeks – also had good fun with some card games. h/t to Jerome for bringing along a nice new one I hadn’t tried yet. Definitely something I’l lkeep up

UKOUG completes this year’s conferences and what a year it has been. Be seeing you all in 2017 at one of the Oracle User Groups, independent conferences or the mothership fest that is OpenWorld!

Some 2 weeks back Tim Hall had the wonderful idea of getting together on a specific date and making our love for the Oracle Technology Network known to the world.

Continuing on Robin’s list of what OTN does for us I would like to add their conference tours across the different continents like the current one running in the EMEA nordics. Secondly – and obviously – the ACE program which is quite simply the most amazing community I was ever a part of.

Anyone who know me knows that I quite literally worship the power and flexibility of the core BI server which harks back to the end of the 1990 when a couple of extremely clever guys created a metadata engine which was so far ahead of its time that its core remains pretty much the same until today and serves as the basis for Oracle Business Intelligence (OBIEE, OBIA, OTBI, etc), Visual Analyzer, BI Cloud Services, Data Visualization and Data Visualization Desktop.

One of the key functionalities of the BI Server is its ability to read just about any source of data you can imagine or come up with:

Add to this list of natively supported source types the power of reading literally anything based on ODBC and it becomes almost problem to find something you can’t analyze with OBI and its children.

Databases, multidimensional cubes, flat files, Hyperion applications, XML are at your fingertips just like many of the new kids on the block. Hive, Impala and Spark that is…not these guys.