Had  a great time again this year both in terms of content and social interaction. Session highlights – in no specific order I’m not ranking here:

Phew that’s all. It was refreshing to see that we finally reached the post-hype – and hence post-marketing-sales-BS stage – for Big Data and generally the next evolution of Analytics with many very pertinent real-life talks. Room assignment to Business Analytics talks could have been a bit better though as several of us including myself for one talk were in rooms with 11 person capacity and people standing squeezed up against the wall, in the door or even outside in the hallway.

Personally I did two talks about BI Server Query Execution and OBI Security respectively. For the latter I was joined by Gianni Ceresa for the coveted slot of 08:50 on Monday morning. Very good audience presence for both talks and some good questions which shows that foundation / core topics are still very much in demand rather than being skipped.

Content aside it was an excellent chance to meet up with several people again whom I hadn’t seen in a while and to do some more things for the OTN and ACE networks – more on that in a separate post to come. Tuesday night I hosted a meetup for Analytics geeks which drew a nice crowd in spite of numerous conflicting parties. Probably since we didn’t just “beer & business” around as usual but – being geeks – also had good fun with some card games. h/t to Jerome for bringing along a nice new one I hadn’t tried yet. Definitely something I’l lkeep up

UKOUG completes this year’s conferences and what a year it has been. Be seeing you all in 2017 at one of the Oracle User Groups, independent conferences or the mothership fest that is OpenWorld!

I’m currently sitting in yet another very good talk at the Polish User Group 2016 conference – first of it’s type ever to happen in Poland. Second-to-last of my conferences for this year according to current planning I have to really tip my hat to the team here for a very well organized conference with a brilliant line-up of speakers and topics. Especially if you’re considering that it’s their first one ever. Massive turnout in terms of participants as well! ……looking at you there SOUG. Learn from your peers guys. 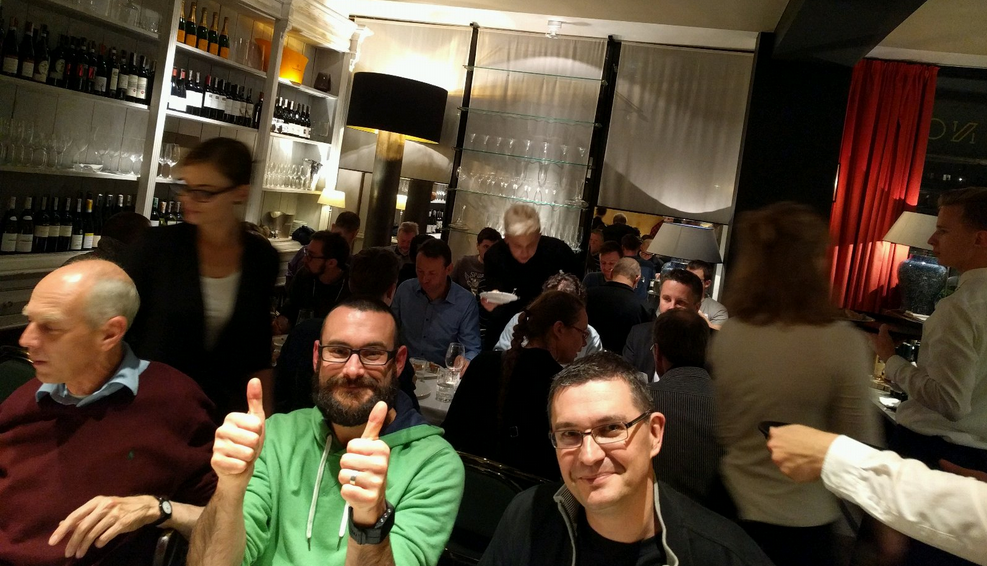 I think Robin’s gesture here speaks for itself.

All in all a very good conference. Very glad I invited one of my client teams to participate in these two days and introduce them to conferencing and the Oracle community! I really wish POUG all the best for the future. A new proud member in the family of Oracle User Group conferences.

Oh yeah. And the beers. Good grief. A place for Jeff Smith 😉

The ODTUG KScope16 speaker evaluations just arrived in my inbox and I wanted to take a moment to express my gratitude to everyone who came to listen to my sessions and for their magnificent feedback.

Thank you from the bottom of my heart – this is why I do these conferences!

Thanks also to everyone from ODTUG and all my friends from the community. I hope to see you all next year in San Antonio for KScope17.